Congratulations to undergraduate students Chris Fritz (Dickinson) and Dillan Chang (Cornell), who concluded their 10-week research program with our laboratory, and presented their work at the annual TREND fair on August 7. 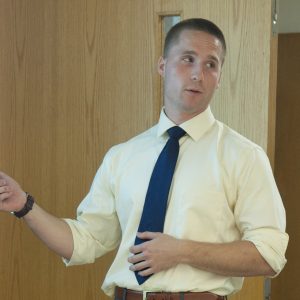 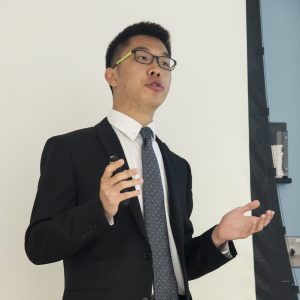 Chris spent the summer investigating whether we could use a time-delayed electrooptic feedback loop to produce an electrical “frequency comb“, a nonlinear system of interacting frequency modes. He successfully built and programmed a high-speed time-delayed feedback loop, using lasers, modulators, and a field-programmable gate array that exhibited three different interacting frequency modes.

Dillan studied the phenomenon of synchronization between coupled optoelectronic systems, in the presence of shot noise. He built a time-delayed feedback system that incorporates a photon counting detector, and experimentally measured the extent to which two coupled systems can synchronize. His work was recognized with the Best Overall Project award, among all of this year’s TREND participants.